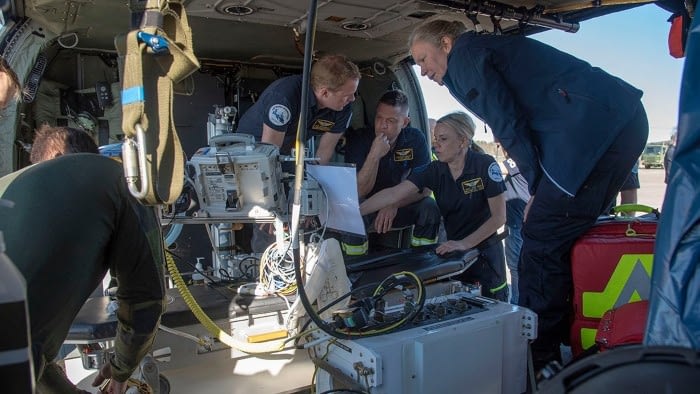 As published on Luftstridsskolan Facebook page, on April 21st at Uppsala Airport, a training was conducted for 16 nurses and doctors at the Uppsala Region to be able to work in the Swedish Armed Forces Helicopter 16, also called Black Hawk.

Several helicopters have been adapted in a short time to be able to transport covid patients in the country. On Tuesday, the nursing staff, who work everyday at the Academic Hospital’s department for airborne intensive care, got to test their own equipment in the helicopter and also receive training in certain
practical details regarding the specific helicopter type.

Already from today April 22nd, the helicopter is ready to be used for live missions together with the Uppsala Region staff.